Add an article with images and embed videos.

A collection of images

Upload a video or embed video from Youtube or Vimeo.

Upload your audios and create your playlist.

The recent talks between Bangladesh’s Foreign Minister Dr A K Abdul Momen and his Indian counterpart Subrahmanyam Jaishankar in the sixth Joint Consultative Commission (JCC) virtual meeting held last Tuesday has again kindled some signs of hope amongst the people of Bangladesh that some of the nagging but solvable problems between the two countries can be solved without much delay. The last meeting of the Commission was held on 10th February of 2019 in New Delhi when Ms. Sushma Swaraj was the Indian Minister of External Affairs. The JCC is the highest political platform between Bangladesh and India to discuss and review all the bilateral issues. It was perceived as an annual event at the level of foreign ministers.  The first meeting was held in May of 2012 in New Delhi where Dr. Dipu Moni represented as Bangladesh’s Foreign Minister with her India counterpart S M Krishna. In its first meeting important issues including the long pending common river water sharing issue, connectivity, border security and bi-lateral trade were discussed. Whenever Bangladesh made a promise to India it was always delivered. Today Bangladesh-India borders are more secure, especially in its north-east region than any other previous time. Before Sheikh Hasina formed the government for the second time in 2009 Bangladesh became a safe haven for the Indian militants and secessionists often with state sponsorship. Now these are things of the past. Bangladesh-India connectivity has reached a new height when Bangladesh allowed its Chittagong Port and Ashuganj River port for transit of Indian cargo to its north-eastern states. Some of the rail links suspended since the 1965 war with Pakistan have been restored and few others are waiting for restoration. Both Bangladesh and India inherited some burning problems since the days of partition in 1947 the most important being the exchange of adversely possessed enclaves and the demarcation of the land boundary. Then there was the undefined maritime boundary.

Immediately after Bangladesh became independent, Prime Minister Sheikh Mujib and his Indian counterpart Indira Gandhi took the initiative to sign an accord in 1972 to resolve these long standing problems.  Both Prime Ministers signed the Indo-Bangladesh Treaty of Friendship, Cooperation and Peace on 19 March 1972 which included the setting up of a Joint River Commission (JRC) to work for common interests and sharing of water resources, irrigation, floods and cyclone control. In May 1974, the Prime Ministers of the two countries in a joint declaration acknowledged that there was a need to augment the dry season flow of the Ganges at Farakka to meet the full requirement of both Bangladesh and of Kolkata port, and that an acceptable agreement would be reached between the two countries before the Farakka Barrage was put into operation. An interim agreement was signed in early 1975 to allow India to operate the feeder canals of the barrage experimentally for 41 days from April to May 31. To sign an accord or reach an agreement like that in 1972 or in 1974 or 1975 one needed courage and statesmanship which both Prime Ministers, Sheikh Mujib and Indira Gandhi possessed. Bangabandhu went a step further and ratified the accord in the Bangladesh’s parliament at the earliest and handed over the Berubari enclave to India. After the killing of Bangabandhu all the unresolved issues were put on the backburner till Sheikh Hasina formed her first government in 1996. The long standing maritime boundary dispute between the two countries was resolved in 2014 by a UN tribunal. 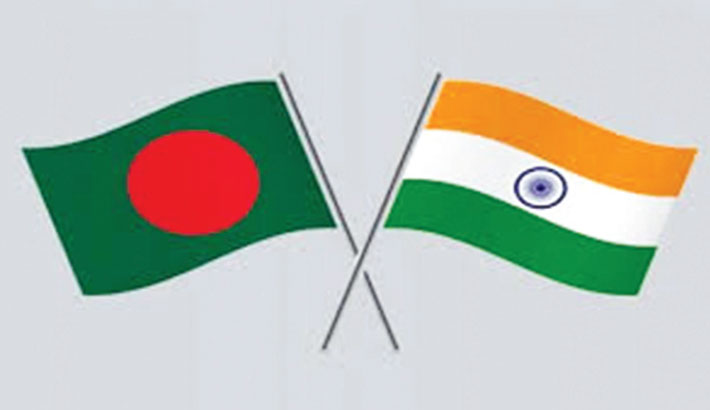 Bangladesh had to wait 41 years for the both houses of the Indian parliament to ratify the Mujib-Indira Accord in 2015. The 35 years Ganges water sharing treaty was signed on 12 December 1996 between Bangladesh and India. The ratification of the Mujib-Indira accord of 1972 in both houses of the Indian parliament was the finest moment in Sheikh Hasina and Narendra Modi’s statesmanship. So far whatever has been achieved to strengthen the relationship between the two countries the magnanimity of Bangladesh especially that of Sheikh Hasina outperformed her counterparts in India. As India is a country of federating states it has its own built in problems but these problems are not difficult to overcome. What is needed is pragmatism from the Indian political leaders.

The recent JCC meet between the Foreign Ministers of both countries have shown some signs of hope, the focus being on the solving of the long overdue Teesta water sharing issue stalled by the stubbornness of Paschimbanga’s Chief Minister Mamata Banerjee. The deal was ready to be closed during the visit of India’s the then Prime Minister Manmohan Singh to Dhaka in 2011. At the last moment Mamata Banerjee announced the no such deal should be signed and India being a federating country it cannot sign such a deal with a third country without the consent of the concerned state. Teesta flows through Paschimbanga. Currently Bangladesh is actively working on a plan to increase the depth of Teesta and design a plan to have enough water during the lean season and minimise the damage caused due to flooding during the monsoon. The project is expected to be financed by China and once implemented it will benefit Bangladesh without causing any harm to India. Bangladesh has to look towards its own interest. There was a time when Huang-Ho river of China was considered sorrow of China. Now no one hears much about Huang-Ho. They have managed to leash the destructive power of the river and convert it into pride of China though flooding still occurs occasionally with less destruction. Bangladesh needs to manage its own rivers as it is a lower riparian country.

Killing at the border of Bangladeshi citizens by Indian border security forces BSF has been a problem for ages without any signs of stopping of the killings. In every meeting of the Foreign Ministers or the Chiefs of the border security forces of both countries agreements are reached that the border killing will stop but the decision is never implemented. There are trespasses by citizens of both countries often inadvertently as in many places the border is not clearly marked. In some cases the smugglers of both countries also trespass. But they can be stopped without killing them. Seldom does anyone hear of BGB killing Indian nationals at the border. USA and Mexico has one of the most porous international borders in the world and the economic refugees from Mexico and other Central and Latin American countries crossing illegally into US in large numbers is a common phenomenon. But hardly there are incidents of shooting at the border to stop this trespassing. India has common borders with all its neighbours except Sri Lanka and Maldives but the case of border killing in other borders is hardly in the news.

Because of strategic geo-political location of Bangladesh India’s interest in Bangladesh is more of strategic than in any of its neighbours. Reinforcing the existing bond between the two neighbours will have much stronger synergistic effect than India passing the Citizens (Amendment) Act in the Parliament making thousands of its own people nervous and causing some sort of alarm amongst its neighbours too.  Bangladesh considers it as an internal matter of India though some concerns remain.

According to Bangladesh’s Foreign Minister there is a possibility Prime Minister Hasina and Prime Minister Narendra Modi having a virtual meeting next December. Such meetings are very important but what is more important is the meetings should yield some visible results, pave the way for resolving the outstanding problems between the two countries and assuring the people of both countries that mutual friendship yields positive results and both countries gain out of such friendship. Since Sheikh Hasina took over the governance of the country in 2009, she has walked miles and built new bridges with India. Now it is India’s turn. Source: daily sun